I came across some sensationalist headlines this week suggesting that intermittent fasting is dangerous.

A recent journal article was published that reported an association between meal frequency and mortality.  Not surprisingly, media outlets put a spin on the findings to generate buzz and paranoia about intermittent fasting.

Let’s examine the credibility of this study.

The study looked at adults over age 40 years who participated in the National Health and Nutrition Examination Survey (NHANES) in the years 1999-2014.

In order to determine the number of meals consumed daily, the study used one recall survey of each f the study participants, asking them to report the clock time at which a food item was eaten in the previous 24 hours.

For the other measure, they looked at all-cause mortality (death by any cause) and also specifically at death by cardiovascular disease (heart disease, stroke, etc.).  Mortality data was obtained from the National Death Index records.

It was noted that individuals who ate fewer than 3 meals per day tended to be:

After adjusting for most of the above factors, they claim that eating one meal daily was “significantly associated” with all-cause mortality and cardiovascular mortality compared to eating 3 meals daily.

Critique of the study design

Ultimately, this study is another example of low-quality epidemiologic research.  While the authors know better than to attribute causation to the intermittent fasting, their discussion certainly implicates the fasting behavior as a culprit.  This type of correlational study cannot generate any form of cause-effect conclusions.  Rather, it is useful only for generating hypotheses.   Because of the study design, one can only conclude that there might be a relationship between the two variables, but there’s no way to know if one caused the other.

The study used a single 24-hour dietary recall as the basis for determining meal frequency.  Thus, the participants were defined by a single episode of recalling what they had eaten in the preceding 24 hours.  Self-reported data is inherently unreliable, as most people struggle to remember details about when they ate meals.  If someone had an unusual day in which they ate either more frequently or less frequently than they usually do, too bad!  That one 24-hour period labeled them for the entire study.

The study reveals an implicit bias in regard to labeling mortality as a measured “outcome”.  There is no outcome to measure when there is no intervention being administered to the participants.  This study was purely an exercise in statistics with the available data – assessing the frequency of meals amongst a population and assessing who died during the study period.  The authors just assumed that the variable of meal frequency would determine the “outcome” of mortality.

Even though the authors allege that the data was adjusted for multiple factors, there may still be many confounding variables that contribute to these findings.  For example, there may be medical conditions that cause decreased appetite other than the few diagnoses that were considered, such as anorexia, respiratory disease, or chronic infection, to name a few.  There may be other substance use that explains decreased meal frequency and contributes to increased mortality, e.g. methamphetamine, heroin, etc., that were also not identified. 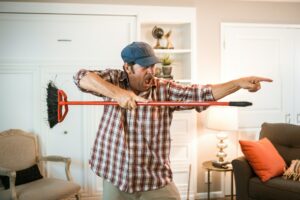 Confounding variables are the major downfall of this type of correlational study.  There are far too many factors at play, and we cannot possibly control for them all, unless a high quality study design is utilized – one that randomizes participants to intervention groups, has a control group, and has a large enough number of participants to be statistically significant.  As we all learned in middle school science class, correlation does not imply causation.

There are numerous benefits to intermittent fasting, and it’s important to recognize what outcomes are being studied in addition to the quality of the research.  It’s common to have multiple studies showing mixed findings, and this scenario may reflect biases in study design.  Generally, there are numerous correlational or observational studies, but very few randomized controlled trials.  Intermittent fasting is definitely a topic that deserves further discussion.

Due to its poor design, this current study has no meaningful impact on the field.