Glucose Monitoring – From urine-tasting to CGM’s

Rapid measurement of blood glucose is such a standard part of diabetes management that most people don’t realize the complicated history preceding the widely available technology we have nowadays.

As early as 1674, the English physician Thomas Willis (1621-1675) observed that the urine of an individual with diabetes tasted “wonderfully sweet as if it were imbued with honey or sugar.”  This primitive test finding eventually led to the addition of the word “mellitus” from the Latin word for honey to create the term “diabetes mellitus” as we know it today.  It would take another 100 years to determine that the sweet taste of urine was caused by the presence of sugar, noted to be present both in the urine and blood. 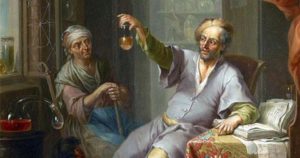 In patients who passed excessive urine, tasting of the urine was used to determine whether it was sweet or not, leading to a classification system of diabetes vera (sweet urine) or diabetes insipidus (tasteless urine).

Tasting the urine for the presence of glucose was employed until the late 1800’s, when chemical methods were developed to do so.

Methods to measure glucose in the blood were first utilized in the early 1950’s.  Though the technology was limited by its tendency to over-estimate the amount of glucose present, it allowed a reasonable estimation.  Over the next several years, tablets and test strips were developed to measure blood glucose, and in 1960 urine test strips came into use.  These early methods of glucose measurement utilized chemical reactions that resulted in color change, sometimes requiring the user to match the color to a color chart. 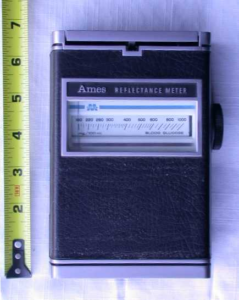 The first glucometer was produced in 1969, available for use only in the hospital setting.  Glucometers wouldn’t be available for home use until 1981.

One engineer, though, later turned physician, Richard Bernstein, MD, was the first patient able to obtain the original  A.R.M. (Ames Reflectance Meter) by virtue of his wife being a physician, because the company refused to sell it to patients. He was diagnosed with Type 1 Diabetes in his teenage years and suffered frequent bouts of hypoglycemia due to taking insulin.  Upon acquiring this glucose meter, he was able to rigorously test and control his glucose levels, becoming a pioneer in glucose monitoring.

able to reverse multiple multiple complications of diabetes and is now 88 years old without any evident complications, thanks to his quest to normalize his blood sugars.  He summarized this process in his book, The Diabetes Solution.

During the 1980’s, there was rapid improvement in the field, with introduction of a digital display, reliance on smaller drops of blood, and decreasing device costs.

These glucose meters require not only lancets to obtain a blood sample, but also test strips upon which the blood sample is analyzed.  This era of home glucose monitoring transformed the field of diabetes, as self-monitoring of blood glucose became the standard.

In 1999, the FDA approved the first Continuous Glucose Meter (CGM), but the user was unaware of the glucose values until they could be downloaded in their physician’s office for review every 3 days.  Later versions of CGM’s introduced the availability of real-time data, although they were limited by the requirement for calibrating with a fingerstick glucose meter. 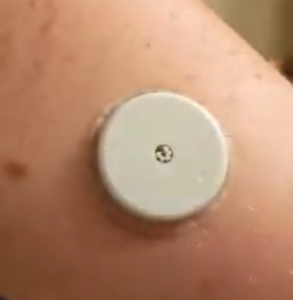 Integration with cellular phone devices was introduced in 2015 and with insulin pumps in 2017.  An insulin pump that was continuously responsive to glucose readings from the CGM sensor revolutionized management of Type 1 Diabetes, with this closed-loop system touted as an “artificial pancreas”.

The latest CGM devices are now integrated with smartphones and even sound alarms in response to abnormally high or abnormally low glucose readings.  The devices typically provide continuous glucose data for 14 days at a time, and there are smartphone apps that allow sharing of this data with others, such as one’s physician.

We’ve come a long way in terms of monitoring, from physicians tasting their patients’ urine to continuous glucose monitoring integrated with other devices.  Individuals now have real-time glucose data and freedom from repeated fingersticks, but perhaps no one is more grateful for the rapid development of this technology than the physicians.