Imagine what it would be like to live to an incredibly old age but have no meaningful use of your body, no ability to interact with your loved ones, and no capacity to enjoy life.  Probably sounds like a terrible existence.  Yet, this scenario is all-too-common as modern health care has found ways to keep the human body alive even though it is no longer functional.  It’s akin to an automobile that doesn’t run but still looks like an automobile just because its body is intact.

Instead of focusing solely on lifespan, the time spent alive, it would behoove us to think more in terms of healthspan.  Healthspan is the period of life spent in good health, free from the chronic diseases and disabilities of aging.

One framework for explaining healthspan is to think of it in terms of 4 critical components:

What can we learn from centenarians?

First, we learn that genetics are certainly a factor.  Genetics have consistently been found to be relevant to nearly all recognized disease processes, as well as to the simple physical changes associated with aging.  Genes can even be turned on or turned off from generation to generation depending on behavioral and environmental factors, a fascinating field of science referred to as epigenetics.  While epigenetics explains how we can influence the health of future generations, there’s only so much that we can do to override our own genetic makeup.

Second, we gain insight from the ways that people tend to die.  When looking at how individuals over the age of 40 die, excluding suicide and smoking-related disease, 80% will die from one of the following 4 processes:

For centenarians, individuals who live into their 100’s, the trends appear similar but with some differences:

The major causes of death are quite similar between individuals who live 40 – 99 years and those who live to at least 100.  Ultimately, the major difference is that centenarians develop these disease processes later in life.  Thus, one potential strategy for longevity is to delay the onset of chronic disease.

Each of these steps deserves a separate discussion, but this list gives you an idea of the range of lifestyle modifications that appear to be strong contributing factors to healthspan. 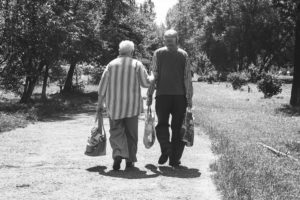 point is not just to survive, but rather to thrive.  Another way to think about it: Add life to your years, not just years to your life.  It’s not enough just to stay alive for a long time.

Life expectancy and lifespan don’t guarantee the future you want, as there’s more to just spending a long time on this earth – make sure it’s quality time.