The Ketogenic Diet and Brain Health

You’ve likely heard of the “keto” diet – a dietary strategy that has gained in popularity over the past few years.  There’s nothing new, however, about a ketogenic diet, as it appears to be the diet on which our distant ancestors thrived.  In the medical world, the ketogenic diet has been used as a therapeutic tool for over 100 years in the area of epilepsy.

What is a ketogenic diet?

The key feature of a ketogenic diet is that it is low in carbohydrate content.  Because protein intake tends to remain relatively consistent, this dietary strategy necessarily results in a relatively high fat content.

The low carbohydrate content of a ketogenic diet reduces insulin levels in the blood, resulting in a shift toward fat metabolism, which ultimately can generate ketone bodies.  Ketone bodies are produced from the breakdown of fat (fatty acids) and thus are present when one’s glucose supply is diminished, such as after prolonged exercise or a period of fasting.   Ketone bodies, such as β-hydroxybutyrate, can be utilized as a fuel for our tissues. 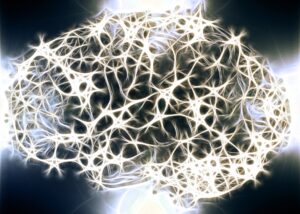 In the case of the brain, ketones actually appear to be the preferred fuel source.  Additionally, ketones appear to improve brain functioning via several other mechanisms.

As with so many things in medicine, the curious individual inevitably must ask: “How exactly did we discover that X helps with Y?”  Though by no means a new concept, as our ancestors certainly thrived on it for milennia, the ketogenic diet became recognized as a potential medical intervention via the field of epilepsy – the study of seizure disorders.

In 1911, two Parisian physicians discovered that starvation could be a treatment for epilepsy.  Years later, a physician at Harvard Medical School observed that seizures typically improved after 2-3 days of starvation.  Obviously, starvation is not a sustainable solution.  Thankfully, a physician at Mayo Clinic, Dr. Wilder, reasoned that the observed benefit may be due to “ketonemia” – the presence of ketone bodies in the blood, what we now refer to as “ketosis”.

He then demonstrated that a diet low in carbohydrates could produce equally good results by inducing ketosis and could be maintained, of course, for a much longer period than fasting.  With no other effective treatment for seizures available at the time, the ketogenic diet was used in many epilepsy patients.  Its use declined when the first anti-epileptic drug appeared in 1938.  [Reference] 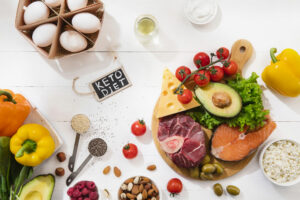 Though used for epilepsy in the US since 1921, there have been no controlled or randomized trials, but there is convincing data of its efficacy: 60% will have 50% reduction in seizures (half of whom have 90% reduction).  In one study, 48% of children were able to stop anticonvulsant medication, and there are similar successes in adults.

Benefits in other areas of brain health

Given the remarkable benefits seen with the ketogenic diet in epilepsy, research has since expanded to other areas of brain health – neurologic disorders as well as mental health disorders. 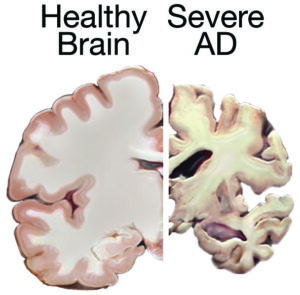 Disease is a neurodegenerative disorder and is perhaps the most studied of brain disorders.  With Alzheimer’s Disease, there is significant overlap between neurology and psychiatry, as 50-80% of Alzheimer patients have psychiatric symptoms commonly seen in depression, bipolar disorder, and schizophrenia.

Often referred to as Type 3 Diabetes, Alzheimer’s Disease often is characterized by insulin resistance of the brain, research has taught us a valuable lesson that the brain functions better when utilizing ketones as a fuel, rather than glucose.

Supplementing MCT oil for 12 weeks improves cognitive scores.  While there is some immediate effect, there also appears to be longer-term metabolic adaptations (such as decreased inflammation, oxidative stress, etc.) that are more important than just the availability of a different fuel source.

Other neurologic diseases.  Limited studies in humans are available for other neurologic disorders, but the available data shows that a ketogenic diet appears to decrease the severity of symptoms in Parkinson’s Disease and Multiple Sclerosis.  It is also effective in migraine prevention, ALS (Lou Gehrig’s Disease), and head trauma.

Mental Health – the other side of brain health

Attention Deficit Hyperactivity Disorder (ADHD).  There has not been a study that directly evaluates the effect of a ketogenic diet on humans with ADHD.  However, there are promising findings from other studies.

A study focused on using the ketogenic diet for reducing seizure frequency in children also demonstrated improvement in ADHD-like symptoms in children without a clinical diagnosis of ADHD.  Specifically, they observed significant improvement in motor functioning, self-help skills, attention, and social skills, suggesting a potential role in alleviating these typical ADHD symptoms.

In animal models of ADHD, a ketogenic diet appears to reduce hyperactive behaviors.  These studies must be interpreted with caution and cannot readily be applied to humans.

Autism.  In human trials with Autism, the ketogenic diet has improved social behavior, communication, and repetitive behavioral patterns.  A prospective study on autism assigned children to a repeating 6-week pattern of 4 weeks on a ketogenic diet, 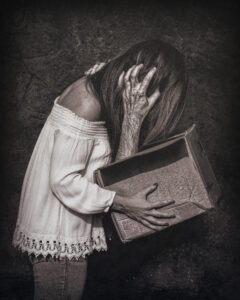 then 2 weeks off over the course of 6 months.  All of the children improved on the Autism rating scale, as assessed by a blinded rater, even on the normal diet.

Anxiety and Depression.  There are no human studies on the ketogenic diet specifically in regards to anxiety and depression, but various studies show improvement in anxiety- and depression-like behaviors.

Schizophrenia. Schizophrenia appears to be a consequence of abnormal brain metabolism of glucose.  There are multiple research studies and case reports showing significant improvement with the ketogenic diet.  Dr. Christopher Palmer published results of 2 women with chronic schizophrenia who have demonstrated excellent functional recovery on the ketogenic diet for 5 and 12 years.

It’s important to note that a common criticism of the ketogenic diet is that it is not a sustainable way of eating.  Yet, the ketogenic diet has been used successfully in multiple individuals who suffer from severe psychosis, a population that is notorious for non-compliance with medical advice.  These remarkable case reports demonstrate that a ketogenic diet can be simple and sustainable, even in the setting of severe mental illness.

Bipolar Disorder.  Bipolar disorder is another mental health disorder that is often characterized by psychosis.  Regarding the ketogenic diet, there have been mixed results from small studies.

Disorders of brain health appear to have similarities in terms of what causes them and how they respond to interventions.  Insulin resistance and inflammation appear to be the most common causative factors.  Just as these factors affect different organ systems throughout the body and thus can manifest as many different symptoms, their negative impact on the brain can also present as a wide variety of symptoms, from restlessness and irritability to psychosis and memory impairment.

What’s striking is that this diverse category of diseases almost universally improves with a simple dietary intervention.  The ketogenic diet is one of the more powerful interventions that has been observed and is the attention of an ever-growing field of research.  Larger, more rigorous studies in the future will better define the potential for ketogenic interventions in addressing these debilitating diseases of the brain.