When it comes to selecting food and reading nutrition labels, there are 3 ingredients that are common in highly processed foods that are best avoided: sugar, refined grains, and seed oils.

Note that these are in addition to some obvious bad ingredients such as artificial trans fats (now banned).

You’re likely familiar with the fact that sugar is considered “empty calories”, as it has no nutritional value other than the simple energy it provides.  At normal levels, sugar is clearly not, in and of itself, toxic, as our bodies maintain a regular supply all the time.  In fact, there are some tissues that require glucose only, whereas the remainder of the body can utilize ketones and fatty acids.

The overconsumption of sugar is clearly a problem, and the sugar content of highly processed food drives that overconsumption.  Sugar triggers a dopamine response in the brain that has been likened to illicit drug use like heroin or cocaine.  This addictive response to sugar at least partially explains the addictive nature of processed foods, leading to excess food intake.

Sucrose, table sugar, is comprised of equal parts of glucose and fructose.  Glucose (the sugar we commonly measure in the blood) can be metabolized anywhere in the body, whereas fructose (the suga 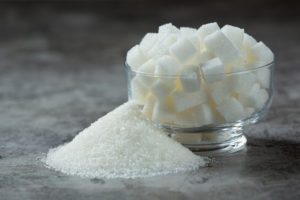 r also found in fruit) is unique in that it is metabolized only in the liver.  Too much fructose can be a burden to the liver and end up stored as fat, contributing to insulin resistance.

Sugar is generally regarded as public health enemy #1.  That appears to be the case for refined sugar, but it’s not as clear cut if natural sugars are problematic, such as from fruit or honey.  Sugar consumption has increased exponentially over the past few decades and is believed to be a major driver of the epidemics of obesity and diabetes.  There is significant debate in the scientific community about the impact of sugar consumption on human health.  It’s likely fair to say, though, that sugar cannot solely be blamed for the epidemics of chronic disease.

Refined grains refer to grains that have been milled, a process that removes the bran and germ, essentially leaving a starchy powder. 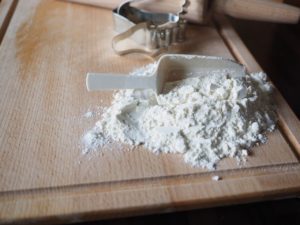 While this process gives them a finer texture and improves shelf life, it also removes fiber and nutrients like iron and B vitamins.  At this point, the grain product is relatively devoid of nutritional value, thus it is “enriched” and “fortified” with vitamins and minerals – a phrase you’ve surely seen on packages of flour – to give it some nutritional value.  One nutrient, however, fiber, is not replaced (enriched).

Removing the fiber makes the grain more quickly digestible and essentially function as sugar, as it is a simple carbohydrate after said processing.

There are many recognized adverse effects of refined grains:

Originally designed to be used as engine lubrication, seed/vegetable oils somehow became ubiquitous in the kitchen.  Part of the reason for this explosion in use is government subsidies for corn and soybean, making seed oils incredibly cheap to produce.  Furthermore, they provide increased palatability and 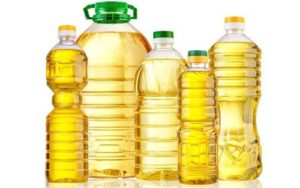 increased shelf life, making them an ideal ingredient for processed and packaged foods destined for the supermarket shelf.

Why are they bad?  Their omega-6 chemical structure makes them unstable and prone to oxidation – becoming free radicals – which drive inflammation and accelerate the changes of aging.  They are also linked to cancer, and a controlled study demonstrated a 2-fold increase in cancer risk in humans over an 8 year period.

The process of isolating seed oils may itself be harmful.  Canola (rapeseed) oil is extracted using hexane, an industrial solvent, which is linked to nerve damage.  The EPA refuses to acknowledge the potential harm of hexane, citing that there are inadequate studies.  There is one study of lab rats, however, in which 30% of rats given oral hexane died and 100% had evidence of nerve injury.

Seed oils also have a unique detrimental effect on your fat cells, essentially making your fat cells constantly hungry, which actually drives your own sensation of hunger.  Saturated fats, on the other hand, have the opposite effect, causing your fat cells to be satiated.

There are 2 large randomized controlled trials – the Minnesota Coronary Survey and the Sydney Diet Heart Study – that examined the effect of replacing saturated fat with polyunsaturated fat, linoleic acid as found in seed oils.  Both studies failed to support their hypothesis that this intervention would be beneficial and, in fact, demonstrated an increase in cardiovascular events in those who increased consumption of seed/vegetable oils.

Altogether, these 3 food items are inflammatory, contribute to chronic metabolic disease, and are an important factor in the hyperpalatable nature of highly processed foods.