When it comes to weight loss, the standard advice is to eat less and exercise more.  This simple piece of advice pays homage to the Calories In, Calories Out theory that taught us the notion of 3,500 calories per pound of fat.  That’s unfortunately an oversimplified view of a very complex disease process and is largely unhelpful to those affected.

It’s important to recognize that overweight (pre-obesity) and obesity occur as a result of multiple complex factors – genetic, environmental, and behavioral.  Thus, achieving long-term weight loss requires addressing more than a simple caloric balance.  The calorie-counting approach to weight loss has failed repeatedly, despite an unprecedented availability of calorie data.  Furthermore, basically everyone (individuals trying to lose weight and even dietitians trying to assist them) is inaccurate with estimates of calorie intake.

While the quantity of food one consumes is certainly relevant, the concept of calories as a measure of the impact of food simply does not tell the whole story.  Several hormonal systems in the human body regulate how food energy is processed and must be considered in the discussion of weight concerns and adiposity.

The thyroid is the key regulator of basal metabolic rate in humans, and thyroid function directly correlates with lean body mass.

The Minnesota Starvation Experiment demonstrated that our bodies adapt to reduced calorie intake by decreasing our metabolic rate.  Had they actually lost weight according to the 3,500 calories per pound framework, the men in this study would have lost at least 78 pounds of fat.  Instead, their average weight loss was 37 pounds – less than half of that predicted.  The participants reported fatigue and cold intolerance during their starvation phase, consistent with decreased thyroid hormone levels observed in hypocaloric diets.

In the “Biggest Loser” follow-up study, participants who achieved rapid weight loss were noted to have persistent slowing in their basal metabolic rates still evident 6 years later.  In response to significant 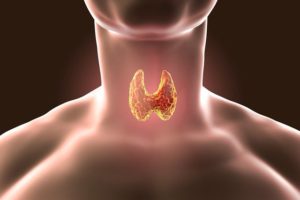 While that survival mechanism prevents us from wilting away in times of famine, it should be noted that we live in an environment that is unlikely to ever present us with famine conditions.

Another major downfall of the calorie counting model is its failure to account for the actual impact of particular foods.  For example, there is an unquestionable difference between 1200 calories of eggs and 1200 calories of table sugar.  The oversimplified calories model ignores the profound difference in impact these foods have on our complex hormones, such as insulin.  Consumption of foods that spike our insulin levels (like sugar and processed foods) tends to drive more fat accumulation than foods with little impact on insulin.  Thus, the quality of food matters just as much as, if not mor 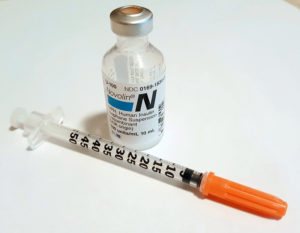 e than, the quantity of food.

Multiple studies (DCCT here and here, UKPDS, ACCORD, and others here and here) demonstrate the same finding that use of insulin for intensive management of diabetes is associated with a significant weight gain.  Individuals using insulin gain weight despite significant decreases in their caloric intake.  In fact, in one study, patients gained 19 lbs of weight over 6 months despite decreasing their caloric intake by 300 calories per day.

Many people struggle with weight loss, despite significant effort on both nutrition and exercise fronts.  There’s an enormous market of weight-loss programs, diets, supplements, devices, and other gimmicks has emerged, and yet people often switch between multiple different methods as they’re looking for an approach that works for them.  Knowledge of the impact of these hormonal systems offers a better understanding of approaches to weight loss beyond the rudimentary Calories In, Calories Out model.