Alzheimer’s Disease is most commonly a consequence of poor metabolic health, resulting from an unhealthy lifestyle, and thus the optimal way to prevent and/or manage Alzheimer’s is indeed by lifestyle interventions.

Now the 3rd leading cause of death in the USA behind cardiovascular disease and cancer, Alzheimer’s Disease affects approximately 5.4 million Americans and is on the rise.

The diet you consume today not only affects your brain health now, but also how well your brain will function in the future.

Alzheimer’s starts decades before the onset of dementia 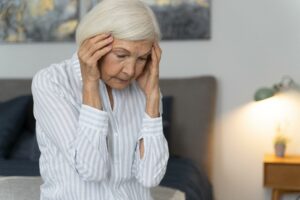 The brain changes leading to Alzheimer’s Disease start decades before the onset of memory loss.  In fact, cognitive decline has been demonstrated in women in their 20’s with Polycystic Ovary Syndrome (PCOS) – a manifestation of Insulin Resistance.

Once Alzheimer’s dementia is evident, it’s too late; there have already been significant changes to the brain.

Glucose and the brain

Though the brain represents only 2% of the average adult’s body weight, it demands 20% of the body’s energy.  There are certain areas of the brain that require glucose for fuel, and insulin is the signaling hormone that determines where energy goes and which cells are going to be fed.  Without insulin, the brain cannot get glucose.  Without glucose, brain cells will fail. 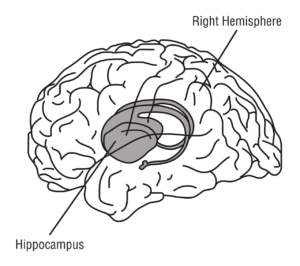 is of particular interest in Alzheimer’s Disease due to its role in memory.  Forming memories takes a lot of glucose, generating high demand for glucose in the hippocampus.  The hippocampus is also very sensitive to insulin, with the highest concentration of insulin receptors in the brain.

The earliest loss of glucose metabolism in the brain is in the hippocampus, and the hippocampus may shrink 10% in size before memory loss is evident.

In Alzheimer’s Disease, it is well recognized that the brain loses its ability to metabolize glucose, contributing to its loss of function on the neuronal level.  It has been known since the early 1980s, through the use of PET scanning, that some areas of the brain experience a 40% decrease in glucose metabolism in individuals with Alzheimer’s.  This abnormality often is apparent on imaging studies of the brain many years before cognitive problems become evident.

The most common reason why the brain loses its ability to metabolize glucose is insulin resistance of the brain.  Even though there may be abundant glucose available in the bloodstream, the insulin-resistant brain cannot utilize that glucose as a fuel, similar to what happens in the rest of the body on the spectrum of type 2 diabetes.

This insulin resistance is so prevalent in Alzheimer’s Disease that many researchers have called Alzheimer’s “Type 3 diabetes”. 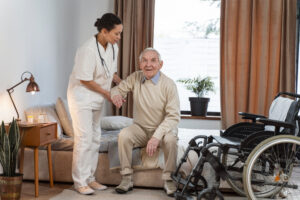 “find a drug for each problem” approach, health care is failing miserably with dementia, with Alzheimer’s drug trials sporting a 99.6% failure rate.  Drug design for Alzheimer’s Disease has primarily focused on removing amyloid, which, even if successful, has not resulted in improved cognition.

An approach addressing multiple lifestyle factors including diet, exercise, and cognitive training can improve or maintain cognitive function in at-risk elderly individuals.  Thus, lifestyle modification can be a useful intervention, provided that it is implemented early enough in the course of disease.

Lifestyle intervention is critical in the early stages of Alzheimer’s Disease as well as in prevention.  For those already suffering from dementia, there is a viable option for improving cognition.

An alternative fuel for the brain – ketones

Though the Alzheimer’s brain cannot efficiently metabolize glucose, it appears to still be able to metabolize ketones as an energy source.  In fact, there’s some evidence that ketones may be the preferred energy source for the brain.

Ketones are a byproduct of fat burning and are synthesized in the liver.  When glucose and insulin levels are low, fatty acids in the blood can be converted to ketones.

There are advantages to using ketones as a fuel source, particularly for the brain.  Ketones are a simpler, cleaner, and more efficient fuel source than glucose.  Ketones also cross the blood-brain barrier without requiring any help from insulin.

The liver can produce ketones at a rate of 100-150 g/day, which is enough to fuel the brain even in periods of starvation.

A ketogenic diet has been used since 1911 (in the US since 1921) for children with epilepsy who don’t respond to medication.

A 2012 study showed that individuals with Mild Cognitive Impairment randomized to a low carbohydrate diet for 6 weeks showed improved cognition.

A study in 2014 showed significant improvement in 9 out of 10 individuals with memory loss who removed refined carbohydrates and processed foods from their diets.  Note: the 10th individual who did not show improvement had been diagnosed with late-stage Alzheimer’s Disease.

A 2021 study with a 12-week randomized crossover design showed improvement in daily function and quality of life for individuals diagnosed with Alzheimer’s Disease on a ketogenic diet compared to a low-fat diet.

A ketogenic diet is the typical method for inducing nutritional ketosis, requiring a reduction in carbohydrate intake to less than about 50 gm daily.  Other health benefits are often recognized with a ketogenic diet, such as improved glucose tolerance and body composition. 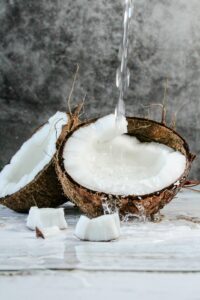 oil, typically from coconut oil, has shown some benefit in improving cognitive function, as MCT oil can be converted into ketones by the liver.  One of the more well-known anecdotal reports of success with MCT oil comes from Dr. Mary Newport, a neonatologist, who documented significant improvements in cognitive function in her husband from the use of coconut oil.

Another approach is to use exogenous ketones.  There are products on the market that contain ketones and thus may serve as a supply of ketones to the brain.  While potentially beneficial, they do not address the underlying problem and provide no significant benefit other than an alternative fuel source to the brain.

Whatever the method, increasing ketone availability to the brain is safe and effective, with a modest benefit in cognition in AD.

Research has uncovered the existence of silent seizures (aka subclinical epilepsy: seizure activity in the brain that does not manifest as abnormal movement) in 42% of Alzheimer’s Disease patients.  Affected patients showed faster declines in cognition and executive function.

This finding lends even more credibility to the role of ketones in Alzheimer’s Disease, given what we know about the benefits of a ketogenic diet for epilepsy. 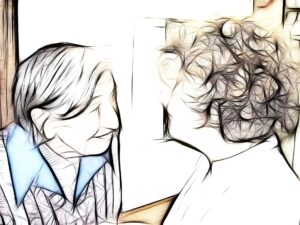 Alzheimer’s Disease is a metabolic disease resulting from insulin resistance of the brain.

The changes leading to Alzheimer’s Disease start decades before the onset of memory loss, thus “midlife may be a critical period for initiating treatments to lower peripheral insulin resistance to maintain neural metabolism and cognitive function.”

Instead of looking at Alzheimer’s as something that we can’t do anything to prevent, we now have evidence that nutritional interventions are effective at preventing and reversing cognitive decline.